If you’ve recently had your ear to the tracks of the smartphone railroad, then certainly you have been aware of the emerging [dominating?] Google Android presence. The summer of 2007 marked the dawning of the Apple cell phone era. Three years later, perhaps not unlike Julius Caesar’s long ago, the Steve Jobs-lead empire may be finding itself ridden with dissention and unrest. Many long-time loyal followers of the Apple iPhone are emigrating to Android smart phones like the Droid Incredible, EVO 4G, Ally, Droid and the popularly un-branded and unlocked Google Nexus One. The features chronicled below in no particular order may be good examples of the reasons why. 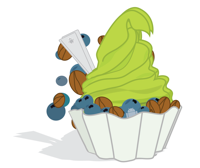 Certainly there is more to Android 2.2 than I have thought to name. Stay tuned for more as it is discovered.

Supporting sources for this article included: developer.com, cnet.com and laptopmag.com. Thanks to the authors for their education postings!